Walking the talk for women empowerment 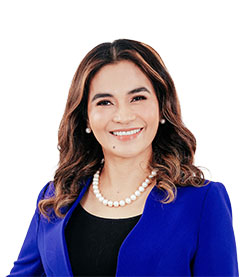 Over the course of this past month, social media feeds have been abuzz with organizations posting about and celebrating International Women’s Day (IWD) and Women’s Month in their own ways. For the most part, these celebrations were par for the course across all the different platforms. There is an infographic on gender statistics here, a video of women leaders there. Everyone was captivated by the idea of #BreakingTheBias and the seemingly near future of gender parity.

The spell, however, is broken once you cross over to Twitter. The same posts and platitudes exist there, but so does the @PayGapApp bot whose sole purpose is to scavenge through posts on corporate “sheroes” and reveal just how wide the pay gap is in those companies. Suffice to say, with a few companies revealed to have a staggering double-digit gap, some of those #IWD2022 posts did not exist on Twitter for long after the bot called them out.

This whole affair is but one instance wherein the reality of our progress toward gender equality can be sobering. The latest reports from the World Economic Forum found that 2.4 billion working women worldwide are disadvantaged when it comes to economic rights and opportunities. Further, estimates say that it will take 135.6 years more to fully bridge the gap across work, education, and various other sectors. In the Philippines alone, studies show that female skilled workers earn Php5,000 less than their male counterparts. Plus, Grant Thornton’s own Women in Business 2022 report showed a considerable drop in the number of women in senior management roles in the country.

What this all boils down to is that the gender gap is still a prevalent and a long-term problem, even in well-meaning companies. Our own firm is no exception, and we have spent the past month garnering insights from our female leadership for ways to improve on inclusivity. Here are our key takeaways:

In our article from earlier this month, we highlighted the perhaps unconscious yet persistent discrimination and bias against women in the workplace. While it might seem harmless to prefer male employees for highly skilled labor or ask female interviewees for their plans to start a family, these actions speak to a deep-seated cultural perception that might eventually rob companies of a wide and diverse talent pool to choose from.

Further, as Atty. Lea Roque mentioned, studies have often found that women would disqualify themselves from higher positions or greater opportunities as a result of this gender stereotyping too. This self-disqualifying mindset manifests in a number of ways: from women believing that “masculine” traits are required to become a successful business leader to women entrepreneurs underperforming for fear of handling sectors and capacities not “known for women”.

Thus, addressing the discrimination that might exist in an organization’s culture, through bias and sensitivity education and other methods, is an important first step to ensure fair treatment toward female employees and empower them to take a more active role in a company’s operations.

Recognize the need for flexibility

Gender stereotypes affect more than workplace dynamics, too. The sheer difference in length between paternity and maternity leaves, 14 days and 105 days respectively, suggests an inherent expectation that working women will shoulder the brunt of childrearing activities. Meg Punay’s article focuses more on how that unequal division of housework has forced women out of the labor force during the pandemic. But what is important to note here is how inequality in the expectations and responsibilities for women outside of work can round back and affect their performances during work, and in some cases, even urge them to look for less demanding employment.

While it is too much to expect companies to solve for inequalities outside of the four walls of their office, management can acknowledge this extra burden and support their female staff by providing more flexible arrangements. Flexi-time, work-from-home arrangements, and strict respect for time-off and overall work/life balance would help to retain talent of all demographics, not just women.

It has long been assumed by experts that transparency is vital to closing the pay gap. As noted by the New York Times and as mentioned by our Chairperson and CEO Marivic Españo during her recent interview with BusinessWorld, secrecy can allow employers to hide the structural inequalities that might lead to disparate pay and even hide the fact that individual workers are underpaid. Without a clear and transparent basis for pay, role responsibilities, and career trajectories, it is difficult for female employees to know whether there is a problem in their performance or whether they are unwitting victims of discrimination.

The Philippines has legislature in place meant to protect the rights of female staff, such as the Magna Carta of Women and the Gender Equality and Women Empowerment Plan of 2019-2025, but as Paz Malubay stated in her article, there is more to be accomplished when it comes to the implementation of these policies. Notably, a lack of study on local wage gaps and the continued regard of salary discussion as “taboo” are barriers to overcome for further equity.

Lastly, leadership must be visible

The data is crystal clear. As important as awareness campaigns are to addressing a problem, the issue of gender equality has passed the point of lip service. With companies under scrutiny to make good on their promises for corporate social responsibility, concrete and visible improvements are better received. Beyond minimizing the pay gap, organizations can look into achieving an even ratio of men and women senior leaders or having women leaders who are not just pigeon-holed into more “feminine” roles. At the least, management can also encourage more vocal support for inclusion initiatives from leaders of all demographics.

Instead of as a reckoning, companies, as well as governments, should look at events like the @PayGapApp fiasco as a wake-up call for more meaningful action. Critics and stakeholders alike will soon look past virtuous marketing and zero in on an organization’s policies and deeds – or alternatively, their inaction – and it is high time we all walk our empowered talk.