The 'smart economics' behind gender equality 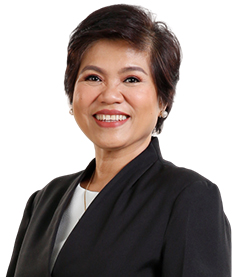 We have all been victims of stereotypes at least once. The nursery rhymes we hummed and recited as kids are replete with societal and archetypal stereotypes, including those that pertain to gender. Then we grow older, learn more about the world, and our transformation is complete — we get so immersed in cultural norms that we find ourselves unable to look past gender norms. Before we even know it, we have become part of a culture that tends to turn a blind eye on gender equality and inclusivity.

Men should be stronger, and women are considered more caring and communal. We carry these beliefs with us at work, and these stereotypes conjure a prototype of what a good leader is. Men are seen as more “agentic” leaders, or those deemed more assertive or dominant in their leadership style. The challenge begins the moment women leaders find it difficult to showcase their capabilities and skills and to crush this solid leadership prototype due to lack of comprehensive corporate policies advocating inclusion and gender parity, among other issues at work.

This is merely the tip of the iceberg. One of the frontiers to crushing the gender bias in the corporate setting is the underrepresentation of women in senior and mid-management positions that offer better pay. In the Philippines, we discussed in our recent article that on average, male employees are paid more than female workers.

Why is it so difficult to close the gender gap and promote inclusivity? In a sense, this can be attributed to apprehensions in embracing a change in cultural mindset. Because while the solutions that we need to undertake are clear, it entails more hard work to spark change and move past socio-cultural beliefs.

The smart economics behind gender equality

What most businesses overlook is the “smart economics” behind overcoming gender disparity. Promoting women empowerment and inclusivity for all, regardless of gender, makes good sense when we think about its positive effects not just for our business but for its contribution to the global economy.

Women make up half of the world’s population. Leaving women to remain underrepresented despite an array of solutions readily available is a perception that we must let go. Second, addressing this challenge is critical to boost global economic growth. A McKinsey study revealed that if women are afforded more job opportunities, the global gross domestic product or GDP could grow by several trillions.

Businesses can be part of further boosting this growth. Here are a number of issues that companies can address to achieve gender equality in the corporate setup.

In a report, the Council on Foreign Relations (CFR) cited that promoting gender parity should start at the workplace. Hence, cultural beliefs that suggest gender bias should be nipped in the bud at the corporate level.

The CFR’s Women’s Workplace Equality Index showed that there are still many countries with laws in place that stifle women’s career trajectories and make it harder for women to get employed. This goes against the smart economics perspective because it does not just affect women individually; it also affects the global economy. Governments should prioritize legal reform and for their part, businesses should also aim to provide comprehensive work policies that promote inclusion and support the advancement of women’s careers.

Closing the gender gap is not confined to advocating for the rights and equal treatment of all regardless of gender. It also means promoting inclusion in key areas of personal and professional development. Thus, helping close this so-called gap in terms of financial opportunities is a critical issue where companies can weigh in and help.

An Asian Development Bank report provided that compared with men, fewer women have financial or bank accounts, much less access to financial services. To counter this, strides have been made in fintech, or the integration of technology in products offered by financial service providers, to educate women on the benefits of these financial services and to give them ready access to such services. Companies in the same line of business should continue this strategy in a bid to contribute to easing the gender gap and promoting inclusivity.

In the Philippines, considered one of the most gender equal countries according to the World Economic Forum’s 2021 Global Gender Gap report, there is still a lot to be accomplished when it comes to closing the gender pay gap. With regard to gender equality in the workplace, a McKinsey report included a comparison of the ability of men and women to find employment with pay commensurate to their experience and educational attainment. It revealed that the Philippines scored 72 points out of a scale of a full gender parity score of 100. While this is good news, this is a matter that should not be left solely to the hands of the government; businesses should also do their part to maintain the country’s momentum in bridging the pay gap.

While there are numerous systemic barriers that make promoting for gender equality more taxing, businesses must rise to the challenge. Aside from improving operations and achieving more in terms of winning the war for talent, management should likewise make the smart choice to break the gender bias for the primary purpose of helping women achieve more, crushing societal norms about gender, and making the world a little better for all.