Fighting back against the 'shecession' 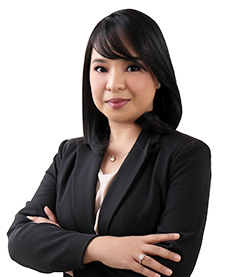 As a woman myself, there is one phenomenon that has been a cause of great concern for me. Around 2021, news agencies picked up on the mass exit of women from the labor force, both internationally and in the local scene. They dubbed this exit as the “she-cession”. And even in relatively gender-equal Philippines, which had seen a steady rise in the number of working women from 2017 to 2019, there was a considerable drop in numbers by the time the pandemic rolled in, and women accounted for 44% of job losses by 2020.

The “she-cession” is further amplified by the fact that the pandemic exacerbated old problems and brought new stressors that have since put working women at a disproportionate disadvantage compared to their male peers. Suddenly, women found themselves more prone to burnout, due in no small part to the sheer amount of work that fell on their shoulders.

Suddenly, women were taking on the lion’s share of domestic responsibilities. They reported devoting a daily average of 7 hours to housework, helping their children adjust to distance learning, and generally just taking care of their families – which is a significant increase from their daily average of 4 hours prior to the pandemic.  Even when you exclude this “second shift” at home, women were doing more in their professional environments too. But even as women leaders shouldered the brunt of enacting engagement and inclusion initiatives, their efforts went unrecognized, as found by a report from the management consulting firm McKinsey & Company. Worst still, reports show that most women working from home worry and feel pressured over missing career opportunities by not being in the office, especially knowing that their male colleagues are on-site.

The compounded effects of the she-cession are perhaps the most apparent indicators that gender disparity is still a problem in the corporate setting. But the solution to this growing chasm between male and female staff is not as simple as a return to the office. In fact, surveys suggest women and working parents are still more likely to want the flexibility of WFH arrangements despite the additional challenges.

Stopgaps for the she-cession

What management can do instead is to improve support for its female staff. Despite fears that the she-cession might reverse or completely dissolve the progress that has been made toward gender equality in the workplace, Grant Thornton’s own research found that the proportion of women in senior management roles increased to 32% in 2022. Granted, it is an incremental increase from the previous year’s 31%, but it is still a forward progress and still above the 30% tipping point required to introduce change. This suggests that while conditions might be dire, they can still be remedied.

In fact, we are on track to right this wrong. Both as a reaction to the circumstances of working women globally and as an attempt to attract and retain female talent, most companies have started implementing engagement and inclusion initiatives. In the Philippines, Grant Thornton saw that only 1% of mid-size firms have yet to take action towards a more gender-equal working environment. Here are some considerations when implementing inclusion strategies:

One important thing to understand is that women are not disadvantaged by flexible working practices per se. The continued global increase in women leaders at a time of primarily remote working arrangements proves otherwise. Women are instead empowered by the ability to work when and where they feel most effective.

However, whatever benefits this arrangement may have for employees and organizations alike will apply only if management provides ample assurance that women’s performances are tracked and duly compensated without bias. Therefore, establishing working models focused on deliverables and output, and creating a metric that will provide equal opportunity and reward for the quality of this output, is important to allay women’s fears of being second-class employees and not feeling valued by their organizations.

As previously mentioned, women leaders are at the fore of enacting diversity and inclusion initiatives within companies. However, McKinsey’s Women in the Workplace 2021 report also showed that women managers were more likely to provide varied support for their employees, and this ranged from providing emotional support to ensuring manageable workloads and preventing burnout.

The importance of these efforts is twofold. A corporate culture that prioritizes employee well-being works to retain and attract talent of all demographics, as well as assuage stakeholder pressure to achieve gender parity and sustainability. Considering the positive effects of implementation, it is vital for organization members of all genders and ranks – senior leaders included – to show support and be held accountable for their contributions to creating a safe and inclusive environment.

In line with the previous point, management may also consider investing in continuous and perhaps mandatory employee education regarding bias and discrimination. As emphasized in Mai’s column from last week, we as a society have perhaps grown complacent with our casual stereotyping and division of responsibilities based on gender. Not only is this mindset steeped in rigidity, but it can also be harmful to companies in the long run. It robs companies of diverse and creative perspectives, and with the war on talent still at its peak, management simply cannot afford to overlook and undervalue the women that make up half of the labor force.

Rather than consider the past few years as being “one step forward and two steps back” for gender parity, personally, I think we are at a turning point. Going forward, bridging the gap for female workers will require more than simply aiming for a 50% split of men and women in senior roles. Cultural changes must be embraced and championed by all members of an organization to achieve true equity. The best thing companies can do right now is to strengthen implementation to enact real and measurable change for women.