The trap behind easy money schemes 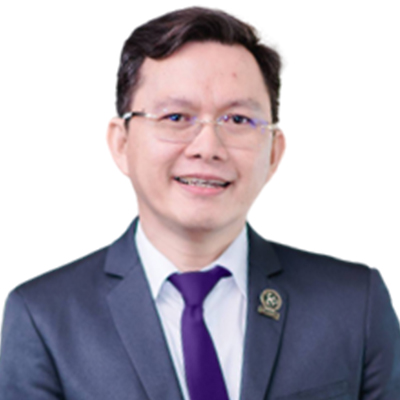 The world saw a growing need for internet dependencies in the COVID-19 era, spurting the introduction of a more modern vocabulary amongst its users. Words such as sheesh, uwu, and the like have become new additions to people’s word banks as the continuous isolation from a physically social world rage on during the pandemic. But as our ways to socialize grew beyond the barriers of physical and lingual connections, so did the evil that came as its caveat. Scheming and scamming have become part of the society and seemingly grows with it. As evident with the rise in vocabulary these schemers use, words such as payaman, power, ez money, and the like entered the new normal as well.

Easy money, as the term suggests, is money obtained for little work, often through dubious means. There were a lot of schemes involving easy money that escalated during the pandemic and which were offered on social media in the face of too-good-to-be-true returns. These mostly attract freelancers and people with little knowledge or who are considered inept when it comes to making sound investment decisions.

The Ponzi scheme, coined after a swindler named Charles Ponzi, is one of such “easy money” scams offered online. This scheme promises high returns with little to no risk and consistent returns in the future. Little do the investors know, the returns they are receiving are just from the funds contributed by the new investors. Ponzi scheme administrators attract investors by advising them to invest their funds in opportunities claimed to generate high returns and offer latest innovations and products to lessen investors’ skepticism in their investments.

According to an article of the Philippine Daily Inquirer, dated October 13, 2021, Davao and Bohol investors lose P2 billion in Repa Paluwagan scams, or informal lending systems that only list members verbally, with them agreeing to theprocess despite having no legal contract. The Securities and Exchange Commission (SEC) had issued an advisory on October 12, 2021, identifying the operations in Davao, Bukidnon, Bohol and Cebu of the Repa as a Ponzi scheme perpetrated by entities that lack juridical personality and registration of their securities with the Commission, making the activities of these entities illegal, fraudulent, and injurious to the investing public.

This scheme works through a handler that sells or “benta” slots from a Paluwagan. For example, a slot is sold to an interested person who provides his or her P20,000 as capital and is promised that it will grow to P25,000 by a specified date. The particular excuse is that these slots are from members who could not wait for the date to get their return so those members will sell their share of the paluwagan at a lower price. Like any other Ponzi schemes, these result to a timely pay-out to make it appear as a legitimate investment with the newest invested amounts used to pay maturing transactions.

Aiming to give an end to this form of modern-day oppression, former Bohol Governor Atty. Arthur C. Yap issued Executive Order No. 49, creating a special task force called Heart of Justice (Kasingkasing sa Hustisya) to ensure swift investigation and urgent filing of charges against the perpetrators and to educate the public about Ponzi schemes and illegal solicitation of investments.

The “pyramid scheme” is another method which still offers the same story. Unlike a Ponzi scheme which only requires investments and promises a return in the future, a pyramid scheme grants incentives to members only if they recruit other people to invest into the scam. Since the scheme solely relies on new investments, the pyramid will eventually collapse when the number of potential investors decreases.

Case in point: on August 1, 2022 the U.S. SEC charged 11 individuals for their roles in creating and promoting a company, which allegedly raised more than $300 million from millions of retail investors worldwide, including the Philippines. The Philippine SEC earlier issued on September 27, 2020 a cease-and-desist order against this company for its illegal solicitation of investments through a crowdfunding platform, supposedly based on the Ethereum blockchain technology.

The Department of Trade and Industry-Fair Trade Enforcement Bureau (DTI-FTEB) alerts the public against pyramid schemes that are circulating online and are now promoted on various social media sites such as Facebook and Instagram. The public is also encouraged to report businesses that offer pyramid scams to the DTI or by sending an email to consumercare@dti.gov.ph.

The SEC also made advisory issuances, flagged companies, and even revoked corporate registrations of companies engaging in an investment scheme without license to warn the public about these investment frauds. The Commission urges the public to check the legitimacy and license of the companies they are investing in through the SEC’s official website www.sec.gov.ph.

Easy money scams have existed since the conception and use of money and in the modern age, the list of ingenious scams goes on as perpetrators and fraudsters get more creative in their dealings with the advancement and advent of technology, the internet, and social media. What’s worse is that most of them can’t be spotted easily without proper financial education. However, as not all of us are educated investors, many of us learn the hard way by losing thousands of pesos – millions even.

The pandemic has indeed affected our lives, pushing us to struggle twice as hard. As a result, despite hearing these scam reports, desperation encourages people to continue to seek easy money investments and wager everything they have in hopes of turning their life around in a split second.

Nevertheless, we should still be careful when considering where to entrust our money. After all, the world demands pain to gain – earning money is no exception. Thus, the notion of easy money should be approached with caution and full of vigilance. It is vital that we evaluate the overall information and if necessary, do precautionary measures as we transact and deal with our money. In the end, it is still our efforts and hard work that will be counted.