Transfer pricing policies are a must-have 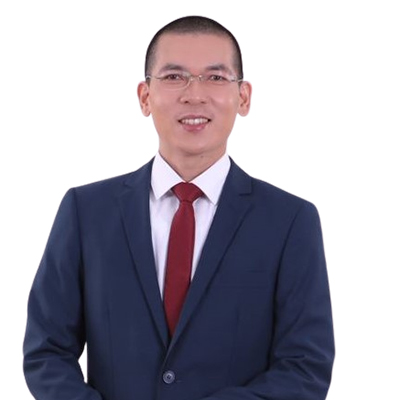 The online Cambridge Dictionary defines a policy as a set of ideas or a plan of what to do in particular situations that has been agreed to officially by a group of people, a business organization, a government, or a political party. Common examples of policies in business organizations include workplace health and safety policy, employee code of conduct policy, and compensation and benefits policy.

Having a policy about the critical aspects of business is a best practice and important for various reasons. For one, it sets behavioral and performance standards, helps protect the business from internal and external risks, ensures compliance with laws and regulations, and helps defend the business against claims.

In the world of intercompany transactions between domestic corporations or among members of multinational companies (MNCs), a transfer pricing (TP) policy is a must-have document.

A TP policy generally outlines the nature of intercompany transactions (such as provision of goods and services, interest payments, and transfer and utilization of tangible and intangible assets), application of the arm’s length principle, and implementation of TP rules and regulations.

A TP policy is like a manual or a handbook that ensures that each member of the MNC or each concerned business department within the company is aligned and coordinated in carrying out the intercompany transaction. It also enumerates what the responsibility and accountability of the concerned business departments are, and how the specific department will implement it. Likewise, it helps the tax or finance department to ensure compliance with the arm’s length pricing.

It must be emphasized that a TP policy is not a transfer pricing documentation (TPD) nor is it equivalent to an intercompany agreement. These are three separate documents that complement each other.

A TP policy addresses alignment within the members of the MNC or each concerned business department and compliance with laws and regulations. It ensures that everyone involved in the intercompany transactions is aligned and coordinated in carrying out the transaction. Likewise, it demonstrates to the tax authority that the arm’s length principle has been considered and implemented in accordance with the TP rules. It also displays a proactive or cooperative attitude of the taxpayer which is advantageous during tax investigation as it signifies the taxpayer’s preparedness to comply with the TP rules. In fact, the local or global TP policy is one of the documents that the BIR Revenue Officer will request and review during tax investigation as stated in RAMO No. 1-2019. Having one means going one step ahead.

The TP policy adds value to the overall transfer pricing strategy, compliance, and implementation of the intercompany transactions. How? Let’s illustrate.

Say for example that a taxpayer has a robust TPD and intercompany agreements, but no TP policy is in place. Because of the lack of TP policy, the concerned departments of the taxpayer, as well as its related party, have no manual or handbook to guide them on what to do in carrying out the intercompany transaction.

As such, the following events happened:

The above-described events are red flags and pose transfer pricing risks to the taxpayer. These could have been avoided if the taxpayer had clearly laid down a TP policy. By having a TP policy, each party and concerned departments should have had clarity on matters such as how much to invoice, how to and timing of invoice, how to book, treat and classify the transactions, and who to inform and what to do when an intercompany loan or advances and routine support service arrangements arise.

The worst thing that could happen to the taxpayer is it may be held liable to pay deficiency taxes and penalties that could arise from the transfer pricing audit adjustments of the BIR. As the saying goes, prevention is better than cure.

There are many considerations in preparing a TP policy. One is to ensure that the TPD, intercompany agreements, and the TP policy are aligned and complement each other and most especially, that they are consistent with the actual conduct of the parties. Material inconsistencies might raise questions from internal parties and BIR as well.

Likewise, the relevant departments should be involved in the process of creating the policy so that they are aware and guided of their responsibilities. And lastly, approval from and the commitment of top management ato fully support and implement the policy must also be sought.

As published in BusinessWorld, dated 12 July 2022