The likelihood of holiday splurges 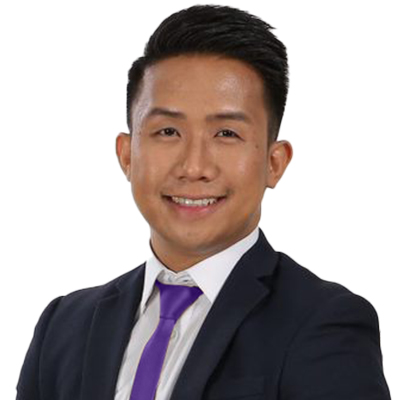 There are some things in life that you can rely on like clockwork. For example, being in the country with the world’s longest Christmas season, you can expect malls in the Philippines to start playing classic Christmas songs as early as September. Jokes about Jose Marie Chan’s inevitable holiday comeback will show up on social media as surely as his songs will play on the radio. And, just as surely, individuals would start worrying about the sheer expense of the holiday season, whether it comes in the form of gifts, outings, media noche and noche buena meals, or charitable donations.

Filipino Christmas traditions are as grand as they come; however, 2022 poses a unique challenge to budgeting for the holidays. Already, the average consumer deals with smarting price jumps, with recent estimates placing price inflation for meat and vegetables at 13.9 percent and 9.1 percent, respectively, as examples. Even so, experts project that inflation has yet to hit its peak and may rise further until the later Ber Months.

With this in mind, there is no doubt that inflation, and the lingering effects of the COVID-19 pandemic, has bled into the consumer psyche. So, what can retailers expect for the coming holiday season?

When inflation is high, the expectation is that consumer demand for products will be lower as consumers focus more on buying essentials and preserving the value of their money. Despite this, retailers have so far reported considerable growth and are optimistic for growth in the sector to continue.

There is some basis to this optimism. For instance, even with record-high inflation rates in the United States in March 2022, a McKinsey report still saw that consumer spending during the same period was higher than in previous years – and it was even 12 percent higher than forecasted pre-pandemic. In this case, high savings and credit card usage allowed consumers to keep spending despite price inflation. For now, it looks like the Philippines could follow suit.

One often-cited reason for the continued growth in retail is an increase in “revenge shopping” or the consumer urge to spend more after a period of frugality. Experts see this happening the most in dining, especially in restaurants that offer al fresco and other unique dining experiences. Revenge retail shopping, particularly in fashion and furniture following increased demand, is expected to provide an additional boost to the industry starting in 2022.

High vaccination rates and the de-escalation of COVID-19 restrictions are other factors affecting this optimistic view. They not only provide consumers with greater mobility, but they also give consumers confidence to participate in public spaces such as malls. A recent Colliers report revealed that foot traffic in malls has reverted to its pre-pandemic levels, bolstered further in business districts by company mandates to return to office. The same report suggests that along with this improved consumer confidence, discretionary spending will also pick up.

The return to brick-and-mortar stores ties in with current consumer behavior, too. While they aren’t likely to “trade down” or look for cheaper as of yet, consumers have picked up a “value for money” philosophy when it comes to spending.

This means that, while most consumers may still buy on the higher end, renewed emphasis will be placed on a product’s comfort, quality, and longevity. Thus, the ability to go to a physical store to test products and gain assurance before purchase will be a big factor in retail during this inflationary period. In line with this, the concept of “brand loyalty” will weaken as 70 percent of Filipinos will more readily abandon brands in favor of products that offer similar quality at greater value or novelty.

However, all this is not to say that businesses should step out of the digital space. Filipinos ranked as the second highest adapters of e-commerce in Southeast Asia, and the lower prices and greater convenience of online shopping can ensure that the practice will persevere beyond a return to normal.

It is likely that online shopping will undergo changes though. Online marketplaces may lose steam and give way to brand-specific e-commerce websites. As more and more social media platforms incorporate e-commerce functions, social shopping and the act of selling items via livestream will grow in prominence.

Regardless, retailers should keep in mind that social media algorithms are notoriously fickle. Social media holds massive influence in consumer behavior, but the best strategy is still to strengthen all sales channels as 75 percent of consumers participate in omnichannel activities.

Even as we would like to believe that the holidays can magically solve inflation and a slew of other problems, it is best to maintain caution. The Filipino’s ability to spend despite inflation is dependent on a number of factors such as oil prices, wage hikes, and the duration of La Niña. For the sake of both a comfortable Christmas celebration for all and a healthy retail industry, here’s hoping for the best!

As published in The Manila Times, dated 14 September 2022