The fintech-enabled future for MSMEs 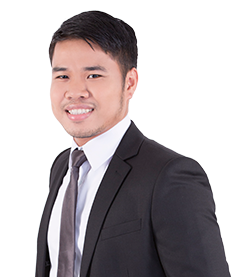 Can you remember the very first time you logged your financial details online or made a cashless transaction? As late as 2016, I can still recall a general hesitance to sign up for e-wallets or streaming platforms due to a fear that any attempt to put one’s credit card or bank details online would immediately lead to theft. Some five years later, however, financial technology (fintech) has proliferated in the mainstream.

Small businesses, even in more far-flung areas, now offer and prefer e-wallet transfers as a form of payment. There are even more digital-only businesses that operate solely through online cash transactions and couriers. As with most things digital, the pandemic played a significant role in the widespread adoption of fintech services, but it is not the only reason.

The flourishing of fintech

The Philippines is undergoing a cultural zeitgeist as far as financial behavior is concerned. While four in ten Filipinos still worry about the safety of digital banking, studies have found that they greatly trust social media and seek convenience and opportunities to grow their wealth. These factors let Filipinos dip their feet first into other digital platforms, like e-commerce and cryptocurrency, before later supporting their exploration of fintech services.

In some respects, an individual’s first step into the world of online transactions is a rite of passage — one that, according to the most popular e-wallet service in the country, 60 million users have taken. As policies such as the Anti-Money Laundering Act of 2001 (AMLA) and the Bangko Sentral ng Pilipinas’ (BSP’s) Digital Transformation Roadmap enable easier and safer digital onboarding, we may start to see consumer adoption of fintech services go beyond digital payments. When that time comes, what products can micro, small, and medium enterprises (MSMEs) expect, and how can they leverage fintech to better connect with their target markets?

Human error is one of the primary safety concerns of Filipinos when it comes to digital banking. They fear they might input the wrong account number and send money to a different person than they intended. The BSP’s establishment of an interoperable person-to-merchant (P2M) quick response (QR) standard, called QR PH, is one solution to avoid that problem.

The difference between this QR PH and the current e-wallet solution we have now for payments is that it will not be limited to one bank or payment provider. MSMEs will no longer need to provide their bank accounts and e-wallet details to ensure ease of payment for their customers. Instead, businesses can link their QR code with their preferred bank account, and customers can likewise scan it and pay real-time with cash, bank transfer, or any other electronic money issuer (EMI) they choose.

Additionally, MSMEs – talent-as-a-service freelancers included – looking to offer products and services to customers abroad will want to keep an eye out for developments that enable faster international payments with low withdrawal fees. A UK bank provides one promising example of this, being the first to offer a blockchain-based money transfer service. By using blockchain technology, they effectively automated the money transfer process, enabling same-day or next-day international transfers versus the current standard of one to three days.

The BBVA Research group projects that more than 40% of Filipinos will adopt digital banking by 2030. In that time, how would our attitudes on data privacy have changed?

I ask this question because, in contrast to my memories of early hesitancy to share financial information, the concept of open banking has begun to surface globally. With an individual’s consent and following know-your-customer procedures to ensure safe sharing, open banking would allow banks to communicate the individual’s past transactions and loan history with third parties such as fintechs and other banks.

In theory, open financial data can replace or supplement formal documents, allowing lending companies to have a better picture of a business owner’s creditworthiness, especially if they receive payment electronically through different issuers. This potential to provide MSMEs with greater access to loans and other financial services, where before they paid out of pocket or relied on remittances and informal lenders, is by itself a revolutionary concept for the industry.

But if implemented correctly, this closer collaboration between banks and fintechs could lead to several possible use cases. Open banking could cut hours of research and administration tasks from MSMEs by providing products tailored to their needs, such as pre-packaged payroll and bookkeeping solutions, easy tax and salary payments, bank integration with e-invoices, and so on. Early adopters are still grappling with cybersecurity issues and execution pitfalls, but open banking is definitely an innovation worth watching.

Fully digital banking and its benefits

In the meantime, the BSP has given the green light for the establishment of six digital-oriented banks, all of which are expected to be fully operational by the end of 2022. This initiative comes as an attempt to empower previously underserved MSMEs with financial products and business solutions catered for their size. As a case study in India showed, MSMEs can achieve significant growth by utilizing digital-only banks and their tools to ease expenditure management, accepting and making payments, checking for misappropriation and theft, etc.

The prospect of emerging technologies on its own is exciting, but especially so for MSMEs. 99% of businesses in the Philippines can be classified as MSMEs, but for a sector that has such a significant role to play in the country’s economic recovery, supporting infrastructures and development have been fairly limited. Despite being a nascent industry itself, fintech and its innovations, as well as the changing financial attitudes of Filipinos, could finally enable lasting growth for the MSME sector.