THE CITY of Bacolod was named the country’s most liveable urban center during The Manila Times Philippine Model Cities Forum and Awards on Thursday at the New World Manila Bay Hotel in Manila, besting 12 other cities. 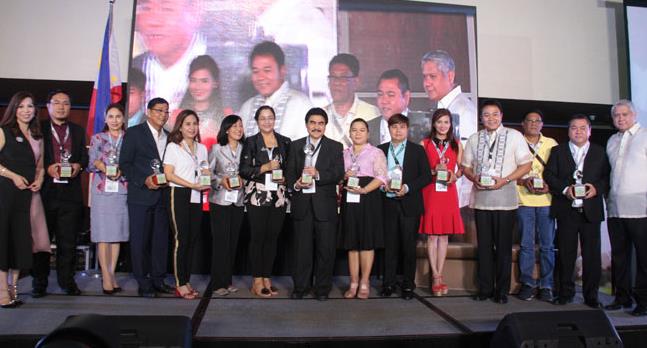 The event was held in cooperation with P&A Grant Thornton, the professional services firm.

The Safe Haven Award for peace and order was given to Sta. Rosa City, with city administrator Mauel Alipon receiving the trophy from presenter South Forbes Golf Club.

The Environment Friendly Award was handed to Batangas City and was received by Mayor Beverly Rose Dimacuha-Mariño from Wilcon Depot.

The Business Friendly Award (for ease of doing business) was given to San Fernando City, Pampanga and was received by Mayor Edwin Santiago from P&A Grant Thornton.

Meanwhile, two cities were recognized for being Social Services Oriented – with Quezon City as the winner for Programs for Youth Development and Empowerment, and Zamboanga City for Programs for Health and Elderly.

Mayor Isabel Climaco received the award for the western Mindanao city, together with the largest contingent that attended the event. Phirst Park Homes presented the award.

Mayor John Bongat received the Livelihood and Employment Haven Award (jobs and programs for self sufficiency of residents) for Naga City.

As a preview of the next awards where municipalities will be included, a special recognition was handed to an emerging hub from the south, the Municipality of Nunungan, Lanao del Norte, which was received by Mayor Marcos Mamay.

In his opening remarks, The Manila Times President and Chief Executive Officer Dante Francis “Klink” Ang 2nd, explained that the awards “aim to recognize effective and innovative local governance that improves the quality of life, make local business environments friendlier, and overall makes this country a great place to live.”

Ang was assisted by the paper’s chief operating officer, Blanca Mercado, in handing out the trophies.

Palafox, managing partner and founder of renowned architecture and urban planning firm Palafox Associates, delivered a lecture titled “Cities of the Future: Philippines at 500, 2021 and Beyond”

Gracing the affair was The Manila Times Chairman Emeritus Dr. Dante Arevalo Ang, who was recently named Special Envoy of the President for International Public Relations.