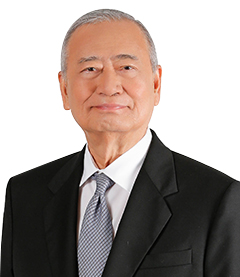 A HEART breaking face of poverty is the present day preponderance of undernutrition of Filipino young children.

The leading single measure of this undernutrition, or malnutrition generally, is stunting—the health condition of children under five years old of having a height shorter, as defined, than the median of a reference population, which in our case is the Philippine population. Stunting is associated with the consequences of malnutrition, including brain underdevelopment.

The consequences of stunting are devastating—poor performance in school and low productivity as adults. The gravity of this health condition is further illustrated in a recent World Bank report on undernutrition in the Philippines. The report states that normal height growth and brain development not achieved during the first 1,000 days of a child’s life from conception (about two years after birth) is largely irrecoverable. In other words, a stunted child, because of poverty and government neglect, has become predestined to underperform in life.

Currently available information show that the extent of stunting among Filipino children under five years old is about 30% and this high prevalence has persisted for the last 30 years. (The world average is about 22%.) One can just imagine that about 30% of the young adults among us are stunted.

For an indication of the total number, the United Nations Children’s Fund or UNICEF had estimated that there were 3.6 million stunted Filipino children in 2013.

The World Bank report mentioned earlier considers the incidence of stunting in the Philippines to be high in relation to the country’s level of income and in comparison with most of its neighbors. Other countries with similar levels of income as the Philippines have rates of stunting averaging around 20%, much lower than that of the Philippines. This observation implies clearly the Philippine government’s long-term neglect in mitigating this harmful health condition.

If I were the next President, I will give urgency to substantially reduce the extent of stunting among our children and even push to lower it below the prevalence expected of a country at our level of economic development. Successfully doing so will enable these children to achieve their full potential and therefore contribute greatly to increasing national productivity and therefore improving to a large extent the economic well-being of our nation. Moreover, with the young children achieving higher performance in adult life, the cycle of poverty among the poor may be decisively broken. Solving this problem actually have double positive effects. Preventing a child to be stunted reduces the cost consequent to their being a burden to society, a saving and, in addition, increases their economic output when becoming an adult, a profit.

By itself, the Siguradong Sahod program for the poor (Part 3 of this series) will greatly help in alleviating this health problem. However, there certainly will be outliers—i.e. poor families not yet covered by Siguradong Sahod and even some families already covered under this program.

There are two important solution vehicles that appear to be not functioning effectively in the present national scene: effective communication from the national level down to the mother giving birth; and a grossly inadequate health services in the towns and cities.

With regard to the first one, we will establish a communication system where information about proper nutrition for birthing mothers and infants routinely pass from the Department of Health to the Local Government Units, hospitals and health services centers and down to attending physicians and midwives. We will make it a requirement for attending physicians and midwives to explain and provide written information to the birthing mothers about their own proper nutrition requirements and those of the coming child, including issues relating to breastfeeding, especially during the first 1,000 days of the child’s life from conception.

A very important part of our good governance policies for the country is to engage closely the LGUs in nation building. (I will cover this whole subject in a separate part of this series.)

Dealing effectively with child stunting is part of a whole bundle of local governance issues that we will discuss with the LGUs. The resulting solutions will be institutionalized not only as part of the laws of the land but also in establishing the necessary and appropriate structures and processes to make the solutions work.

With regard specifically to preventing child stunting, the objective is to provide pregnant and nursing mothers easy access to health services in their respective localities to obtain advice and guidance about proper nutrition for the pregnant mother and the coming child. In addition, we will develop together with the LGUs an assistance program, in the form of money or voucher, for those mothers who may need help in procuring the proper food mix for the pregnant mother and the coming child during the first 1,000 days of the child’s life from conception.

We will pursue diligently the implementation of the solutions we have outlined. It is not easy at this time to estimate the cost of these solutions. But with the Siguradong Sahod program being in place, the incremental cost should not be difficult to fund. And clearly, the benefits are worth a lot more than the cost of the remedies.