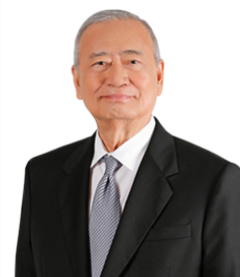 WE need the right leader to make the many programs articulated in this commentary series happen.

Unfortunately, we cannot find that person from the present cohort of political leaders. These present leaders are trapped in the current self-serving political practices such as perpetuation of political power, abuse of power in various forms, pork barrel budget allocations, corruption and prevention of legislations that seek to check or prevent such self-serving practices.

Because of the preoccupation with these self-serving practices, making the government to work efficiently is neglected; and conspiracy in lower-level corruption is given a blind eye.

As a result of all these, funds that are needed for the general welfare and betterment of the lives of the people become limited and inadequate. For this reason, poverty, homelessness, child stunting, poor education, inadequate health services, environmental neglect and other similar bad conditions abound and persist over a long period of time.

These self-serving practices tend to bind political leaders together for a common purpose, whether they consciously realize it or do it together or not.

This is the reason why political parties are weak. They exist just for convenience and with barely any meaningful ideology to propagate and distinguish one from the others. As a result, politicians move from one political party to another or create new parties with ease, like changing clothes, to achieve a personal purpose.

This condition - together with the lack of a requirement for the winner in a presidential election contest to have a majority vote - attracts several candidates to run for election for the post. Therefore, when elected, the president does not have a large political following. He does not need to. Because when he is elected, politicians of every color coalesce around him instantaneously and he immediately gets a majority in the legislature. Obviously, the motivation for this instant collaboration is political favor or expectation of such favor. There exists an implicit understanding of give-and-take, devoid of any political or social ideology.

As such, a line is drawn that any president does not want to cross. This inhibition deters him from making the necessary transformation our country badly needs as presented and articulated in this commentary series.

Additionally, practically every politician has skeletons in his closet. For this reason, a strong and effective opposition against the ruling coalition does not emerge because of fear of retaliation. As a result, there exists no effective check on the ruling power a properly functioning democratic government system requires. There is no potent force that can influence to change the course of a potentially detrimental action.

So, are we stuck? Maybe. From a world historical perspective. The foregoing scenario brings into focus a view that political maturation must evolve over a long period of time, just like how it developed in Europe.

Fortunately, we have a bit of a head start. Counting from 1946 when our present uninterrupted independence began, we have 75 less years to travel. We may then skip creating the likes of a King John with his own equivalent of the King's Magna Carta. Not unless, of course, someone like a Ferdinand Marcos reappears.

But what about the United States, Canada, Australia, New Zealand and Israel? It did not take them a long time to develop.

Well, the reason is clear and simple. The people who founded these countries already possessed developed culture and skills when they settled into their new places. Moreover, they killed off many of the natives they found living there and drove away the remaining ones to the hinterlands so the immigrant settlers became free to do what they wanted.

What about Singapore? Same reason. The settlers in that country have inherited the culture and skills that have developed over thousands of years in their native land. They did not need to kill anybody because they found themselves to already have a super majority and the minority acquiesced to their dominance.

These questions also bring to mind an opposite challenging scenario that is instructive to the Philippines' own political development. Most of the Latin American countries obtained their independence from Spain and Portugal in the 1820s and 1830s, about 200 years ago. They are generally economically better than us today, but many of them continue to struggle currently.

That said, maybe we should still challenge that historical view and cut short the political evolution process. We may use as reference other countries that may have already done so, although they may have their own enabling unique characteristics, like Malaysia and Thailand, whose per capita gross domestic product (GDP) are a few multiples more than ours. And also, Vietnam, which is well on its way to surpassing us in per capita GDP.

For us, the immediate opportunity is in the coming presidential election. We all know the potential candidates and we have our own views about each of them.

Regrettably, my own assessment is consistent with my earlier expressed view that the transformative leader we are seeking will not come from this pool of potential candidates.

I doubt very much whether any one of these potential candidates has the conviction, desire, determination and skill to break the current political practices I described earlier which have brought very harmful effects to our society over these past many years. Without breaking these current self-serving political practices, I sincerely doubt whether we can make good and sustainable progress.

For these reasons, in my opinion, the only way possible to cut the political evolution time is to elect a strong and effective president who comes from outside of the present circle of political leaders. But the barrier to entry for such a person is huge and practically insurmountable. To attract such persons to enter a presidential contest, we must develop alternative ways to ease up the barrier to entry. But then again, any chosen alternative will need to be allowed and approved by the present political leaders. So, we are stuck again!

We are back to the theory of long evolution of political maturation.

Or, we can do the only thing left for us to do under the circumstances. Make a wish.

Maybe, if not in 2022, a strong and transformative Filipino leader can break the long period of political evolution and emerge like a bulalakaw (comet) and crush the seemingly impenetrable barrier to entry in 2028 or in the next few presidential cycles.

To whoever that person is, I hope the programs articulated in this commentary series which are sincerely intended to be implemented, will help.

As published in The Manila Times, dated 31 August 2021