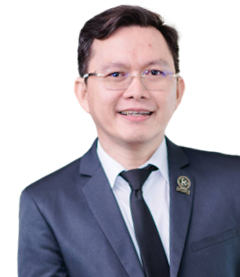 One common issue that hounds Filipino families is failure to take full advantage of properties they have inherited from their ancestors. It has become commonplace to see a lot of these properties which are either still under the name of deceased relatives or co-owned by heirs as part of their legitime. Now, relation and geographical distance among these heirs worsens the situation, making such properties sit idle for years. Simply put, interested heirs cannot sell these properties as the transfer of such properties has been made more complex by numerous processes and fees. These costs include estate taxes. Often, paying estate taxes requires heirs to shell out huge amounts of money due to interests and surcharges, especially for properties that were inherited a few generations back.

The government’s Estate Tax Amnesty aims to resolve these issues and aid Filipinos to finally settle their due estate taxes by reducing the rates and simplifying the process of filing and payment. However, the onset of the Covid-19 pandemic, community quarantines, and closure of government offices prevented many from completing requirements needed to avail of the amnesty.

Fortunately, President Rodrigo Duterte signed on June 30, 2021, Republic Act (RA) No. 11569 which amends RA No. 11213 or the Estate Amnesty Act. With the amendment, the estate tax amnesty program has been extended for another two years, or until June 14, 2023.

At the outset, the Estate Amnesty Act covers the estate of decedents who died on or before December 31, 2017, with or without assessments duly issued, whose estate taxes have remained unpaid or have accrued as of December 31, 2017. Those who avail of the estate tax amnesty will enjoy immunity from the payment of estate taxes, as well as civil, criminal, and administrative cases and penalties.

RA No.11569 further grants taxpayers the opportunity to settle their outstanding tax liabilities through an estate amnesty program that relieves them of accumulated interest, surcharges, and penalties due to failure to pay estate tax accumulated from previous years. The estate amnesty tax rate is at 6% of the decedent’s total net estate at the time of death, or 6% of the decedent’s undeclared estate.

Under the law, an executor or administrator of an estate, as well as legal heirs, transferees, or beneficiaries, may be able to avail themselves of the said amnesty through the Revenue District Office of the Bureau of Internal Revenue (BIR) which has jurisdiction over the last residence of the decedent.

It is also worth noting that Section 1 of RA No. 11569 removed the requirement to present proof of settlement of the estate to avail of the amnesty. This further eases the process, especially since judicial or extrajudicial settlement is already time-consuming. Requiring such proof before allowing the payment of tax defeats the purpose of the amnesty and instead, does little to encourage heirs from paying taxes. The heirs will eventually need to finish the estate settlement for them to transfer the titles of properties from the decedents’ names to their names. Paying the tax even before the estate settlement is completed will allow many taxpayers to avail of the amnesty. To date, however, the Department of Finance (DOF) has yet to come up with the implementing rules on the estate tax amnesty extension.

The amnesty extension benefits both the government and the heirs of qualified estates. The government will be able to raise revenue through voluntary settlements, while the heirs will finally be able to own their ancestors’ properties. If everyone is able to avail of this amnesty, it is expected that this will spur further economic activities, especially in landed regions like Mindanao.