The Asia-Pacific Economic Cooperation promotes free and open trade and investment thereby increasing competition throughout the Asia-Pacific region. This makes it an opportune time to offer an attractive business environment to foreign investors.

One of the tools for attracting foreign investment is fiscal incentives. Currently, several investment promotion agencies (IPAs) such as the Board of Investments, Philippine Economic Zone Authority (PEZA), and others grant tax holidays, investment allowances, accelerated depreciation, reduced corporate income tax rates, and exemptions from indirect taxes, to eligible investors.

Recently, the Philippine government established a way to monitor and evaluate these incentives through Republic Act No. 10708 otherwise known as the Tax Incentives Management and Transparency Act (TIMTA). TIMTA was passed over the objection of local and foreign business groups who fear the apparent burden the law will cause investors that would weaken the country’s competitiveness. Its critics also opposed the resulting constraint on the IPA’s administration of incentives, the limiting budget created in the General Appropriations Act (GAA) for these incentives, and the authority that may be given to the Bureau of Internal Revenue (BIR) to impose requirements before the award of incentives.

The proponents of the law justify TIMTA as a tool to measure and account for the aggregate amount of tax incentives granted by the government without interfering with the fiscal incentives currently enjoyed. The Department of Finance (DoF) argues that the law will develop our fiscal policy by bolstering transparency and accountability in forgoing resources of the government in favor of the private sector in the interest of economic development.

A study by the Philippine Institute for Development Studies reveals that fiscal incentives have only a minimal effect on investment. The grant of substantial fiscal incentives will not necessarily boost the competitiveness of a country. It is argued that the effectiveness of fiscal incentives in increasing investment will only take place if projects that are sensitive to taxes are given more favorable tax treatment. Some incentives are even granted to investors who would have invested without the incentive. Time-bound incentives usually attract short-lived enterprises which leave after the incentive expires.

Taking into consideration these pros and cons, let us see what the approved TIMTA actually provides. Its salient features are as follows:

1. Registered business entities enjoying fiscal incentives are required to electronically file and pay their annual tax returns with the BIR each year;

2. Registered business entities availing of incentives shall file with their respective IPAs a complete annual tax incentives report of income-based tax incentives, value-added tax and duty exemptions, deductions, credits, or exclusions from the tax base, within thirty (30) days from the statutory deadline for filing of tax returns and payment of taxes;

3. The IPAs shall, within sixty (60) days from the deadline for filing tax returns, submit to the BIR their respective annual tax incentives report based on the list of registered business entities who have filed said report;

4. The BIR and the Bureau of Customs (BoC) shall have the right to conduct assessment within the prescribed period provided in the National Internal Revenue Code, as amended, and the Tariff and Customs Code of the Philippines, as amended, respectively;

6. The DoF shall maintain a single database for monitoring and analysis of tax incentives granted;

7. The DoF shall submit to the Department of Budget and Management (DBM) the aggregate data of the incentives availed of by the registered business entities on a sectoral and per industry basis, which shall be reflected in the annual Budget of Expenditures and Sources of Financing which shall be known as the Tax Incentives Information section;

8. TIMTA would not diminish or limit the amount of incentives that IPAs may grant pursuant to their charters or prevent or delay the promotion and regulation of investments, processing of applications for registrations, and evaluation of entitlement of incentives by IPAs;

9. The National Economic and Development Authority (NEDA) is mandated to conduct a cost-benefit analysis on the investment incentives to determine the impact of tax incentives on the Philippine economy;

10. Any registered business entity which fails to comply with filing and reportorial requirements will be penalized with a fine amounting to P100,000 for its first violation; P500,000 for the second violation; and, cancellation of the registration of the business entity for the third violation. In addition, any government official or employee who fails without justifiable reason to provide or furnish data or information as required under this act, shall be punished by a fine equivalent to that official’s or employee’s basic salary for a period of one month to six months, or by suspension from government service for not more than one year, or both, in addition to any criminal and administrative penalties imposable under existing laws; and

11. The implementation of this law is to be funded from the current GAA.
It is worth noting that the passed law deleted the proposed provisions on the suspension of incentives for failure to file reportorial requirements and the extension of the BIR’s assessment period from three years to four and a half years.

The non-diminution of the amount of incentives that IPAs may grant and the non-interference on the application process for registrations and entitlements were also provided for. However, would this be enough to preserve the incentives granted to investors, as well as, the authority of IPAs to determine eligibility to incentives? The process under TIMTA involves several stages from the filing with BIR/BoC to the monitoring database of the DoF, submission to DBM and Oversight Committee, until the cost-benefit analysis to be conducted by NEDA. This will definitely cause some delay in approval or confirmation when applicants actually avail of incentives.

Although TIMTA seems to strengthen transparency and accountability, the government should consider simplifying its implementation and countering the negative effects this reporting can have on the attractiveness of our business environment. Since TIMTA is already in place, the government may offer other economic benefits that would appeal to investors, such as efficient public infrastructure, consistent and efficient regulatory environment, and overall improvement in the ease of doing business in the Philippines, so as not to sacrifice business viability for the sake of transparency.

Charity Mandap-de Veyra is a tax manager at the Cebu and Davao Branches of Punongbayan & Araullo.

Also appears under...
Let's Talk Tax Working from home, fiscal incentives, and transferring from At the onset of the Covid 19-pandemic, working from home (WFH) was a temporary solution for businesses to survive. This setup was not widely popular in the Philippine business setting prior to the pandemic; thus, many business entities grappled with how to continue their operations while the whole world is on lock-down. The Philippine government allowed companies who are granted with tax incentives for operating within economic zones to adopt this setup while being allowed to operate outside the zones. Read full article 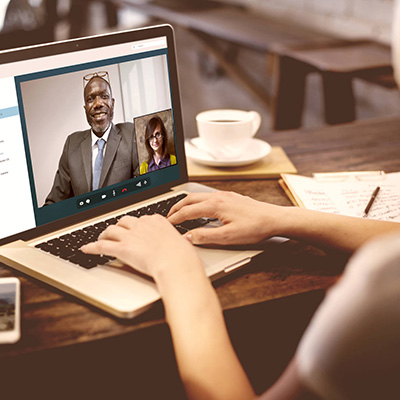 Let's Talk Tax How taxation and sustainable development intertwine Over the past couple of years, enormous attention is being given to the concept of sustainability and it’s far from waning. Sustainability is defined by the United Nations Brundtland Commission as “meeting the needs of the present without compromising the ability of future generations to meet their own needs”. Even though sustainability is often associated by most people with environmental conservation, it actually encompasses many dimensions especially if we talk about sustainable development. Read full article Let's Talk Tax Removal of the 5-year validity period for receipts and invo The Philippines’ tax system is mostly driven by supporting documents. The deductibility of allowable expenses and claiming of input value-added tax (VAT) rely heavily on valid official receipts and sales invoices. Hence, it is paramount for every business to ensure that the documents they issue are free from errors. Read full article 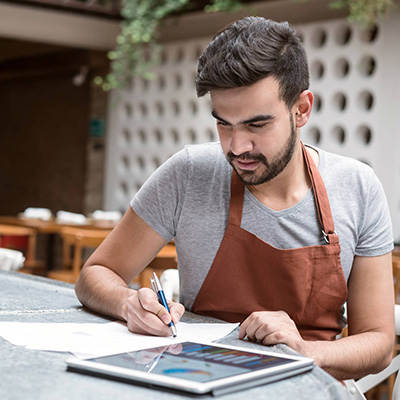