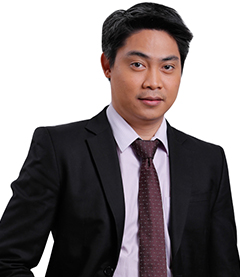 Mental health includes our emotional, psychological, and social well-being.  If we find it difficult to handle stress, relate to others, and make choices, then there might be a problem.  This is generally applicable to all, and with a lot of problems in today’s trying times and various tax rules to think about, these can take their toll on taxpayers’ mental health.

So, how are you taxpayers?

Since the start of the lockdowns last year, there have been many developments in the Philippine tax environment that have proved to be alarming.  In 2020, one of the more popular topics was transfer pricing.  The message of the BIR in its issuances then was clear — it will strictly implement the Philippine transfer pricing rules.  Guidelines were issued on who are required to prepare transfer pricing documentation and how it should be prepared.  Even back in 2019, the BIR had set the tone by issuing a Revenue Audit Memorandum Order (RAMO) about Transfer Pricing Audit Guidelines containing the procedures on how the examiners are to evaluate a taxpayer’s related-party transactions. The issuance of the audit guidelines signaled that the BIR was gearing up to conduct an audit on taxpayers with regard to their compliance with the transfer pricing rules.

The possibility of a transfer pricing audit and the many regulatory issuances on transfer pricing may have created some anxiety on the part of the taxpayers, as many still believe that further guidance is forthcoming from the BIR. The cause of concern is mainly anchored on the recognition that transfer pricing is not an exact science. One might say there could be a wide range of possible disagreements between the BIR examiners and the taxpayer in a future tax audit, such as on the reasonableness of the number and quality of the comparable companies identified; the appropriateness of the alternative industry selected when, after following all the criteria in the BIR’s RAMO 1-2019, no comparable company has qualified; the differences in information at the time of preparation of the transfer pricing documentation as against the information already available at the time of BIR audit, among others.

As the transfer pricing documentation involves judgment in various stages of preparation, some are anticipating that such judgments could differ from that of the BIR examiners at the time of audit; and hence, it might not be hard to predict the direction of court litigation on transfer pricing.  Unless there is further supplemental guidance on transfer pricing rules, taxpayers could be justified in feeling apprehensive about their prospects in court.

Another item that has been recently causing stress to the taxpayers is the influx of BIR notices of audit or letters of authority.  There are even some who have received a notice of audit for taxable year 2020.  Others are attending to BIR audits on more than one covered year simultaneously. For the finance and tax people, receiving such notices means a vast amount of work on top of their everyday duties.

While taxpayers understand that the government is just doing its job on tax audits, and particularly during these trying times when the government is in dire need of funds, the one that really causes worries and sleepless nights to the taxpayers is receiving an unreasonably long list of tax assessment findings. Surely, there are BIR examiners who are fair in their findings; but when a taxpayer is lucky enough to be assigned to some examiners who will issue a long list of findings, then that is when taxpayers may feel overwhelmed.

Thus, the wish of the taxpayers has always been to experience a more careful audit from the BIR examiners, as a letter from the BIR containing a long list of findings is enough to cause additional mental stress to a taxpayer.

There have also been recent debates about whether or not to impose the 12% value-added tax (VAT) on the local purchases of Philippine Economic Zone Authority (PEZA)-registered entities.  Discussions on matters related to the cross-border doctrine, on ecozones being a foreign territory, and on the applicability of VAT zero-rating to purchases that are “directly and exclusively” used in the registered project, among others, are all up in the air.

Some of the discussions revolve around the definition of “directly and exclusively,” as some interpretations would appear to put suppliers at risk of being exposed to a VAT deficiency finding in a future BIR audit, depending on the assessment by the PEZA-registered buyer as to whether its purchases are directly and exclusively used in its project.  What if the classification by the buyer turns out to be erroneous when evaluated by the BIR in its subsequent audit?  Can the supplier just pass on the VAT to the PEZA-registered buyer at the time of transaction as a conservative approach?  What if the buyer refuses to pay the VAT?  Could there be a mechanism that protects suppliers from being possibly exposed to VAT deficiency?

The above questions are just few of the many reservations that are causing mental strain and confusion among taxpayers, both to the suppliers and the PEZA-registered buyers.  It can be assumed that there are supplier’s billings still waiting to be issued, while the suppliers are waiting for further guidance from the regulators.

There are many other tax issues that a taxpayer encounters; if a taxpayer is not that resilient, some of these tax issues may unfortunately affect mental health.  While it is appreciated that the government listens to the taxpayers’ concerns and pleas, it would certainly help if everything gets cleared up in no time.  For the taxpayers, try to relieve your stress, find time to relax, and talk to a friend.  Remember — your mental health matters.

As published in BusinessWorld, dated 27 July 2021