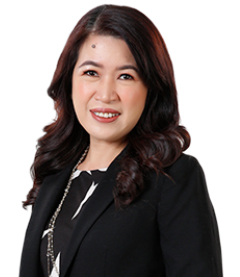 With the government hard-pressed for funds to finance economic recovery programs, much of the burden falls on the Bureau of Internal Revenue (BIR) to increase tax collections. It is no wonder that BIR audits are proliferating like TikTok videos. For taxpayers, one of the most common fears is being subjected to a BIR audit. Such audits not only entail substantial investments in time and effort, mainly to prepare supporting documents and legal arguments; they also require strength of character and tremendous patience to see the process to its conclusion.

Before falling into a catatonic stupor after receiving a tax assessment, taxpayers should check possible defenses that may be applicable to their cases. Most of the circumstances below negate the right of the taxpayer to due process and render the assessment void. If these defenses are properly used, the assessment may ultimately be cancelled.

NO LOA WAS ISSUED

Check if a valid Letter of Authority (LoA) was issued. In the case of Medicard vs. Commissioner of Internal Revenue (CIR), the Supreme Court (SC) ruled that no assessments can be issued, or no assessment functions or proceedings can go forward without an LoA. Any tax assessment issued without an LoA is a violation of the taxpayer’s right to due process and is therefore “inescapably void.”

Cases where this defense may be used include an investigation process which may have started through a letter notice (LN). Note that an LN, alone, is not an authority for the BIR to conduct a tax audit. If the initial LN ripened into a tax audit, the BIR is required to issue an LoA for the tax assessment to be valid.

Also, for various reasons such as resignation, reassignment, or promotion, the examiners named in the original LoA may have been replaced. The BIR is required to issue a new LoA for the new revenue officers to continue the tax audit. Without a valid LoA, the revenue examiners who continued the audit did so without authority.

IMPROPER OR NO SERVICE OF ASSESSMENT NOTICE

In CIR vs. Azucena vs. Reyes, the SC categorically ruled that if there is no valid notice sent, the assessment is void. “The law imposes a substantive, not merely a formal, requirement. To proceed heedlessly with tax collection without first establishing a valid assessment is evidently violative of the cardinal principle in administrative investigations: that taxpayers should be able to present their case and adduce supporting evidence.”

Thus, if the taxpayer denies receiving the assessment notice, the BIR must prove that the letter was indeed received by the taxpayer. Without a clear showing of the fact of receipt, the taxpayer will be deemed denied of his right to due process and the tax assessment is void.

In one case, the BIR was not able to sufficiently prove fact of receipt as the BIR records showed only an indecipherable signature bearing no name of the person who received the notice.

VIOLATIONS OF PROCEDURAL DUE PROCESS

Taxpayers should always check the dates when the preliminary assessment notice (PAN) and the FAN were issued and received by the taxpayers. In CIR vs. Yumex, the BIR issued a PAN on Dec. 16, 2010 and a FAN on Jan. 10, 2011. The taxpayer received both PAN and FAN Jan. 18, 2011. The Court held that the taxpayer was clearly not given any notice of the preliminary assessment at all and was deprived of the opportunity to respond to the same before being given the final assessment.

In another case, the taxpayer denied receiving the PAN. The BIR argued that the requirements of due process are satisfied as long as the FAN was properly received by the taxpayer. The SC held that Section 228 of the Tax Code clearly requires that the taxpayer must first be informed that he is liable for deficiency taxes through the sending of a PAN.

In another case, the taxpayer claimed that from the start to finish of the administrative process, the BIR ignored all its protests and submissions to contest the deficiency tax assessments. The taxpayer alleged that the BIR issued identical PAN, FAN, and Collection Letters without considering the taxpayer’s submissions or its partial payment of the assessments. The SC held that while the BIR is not obliged to accept the taxpayer’s explanations, the BIR is still required to give reasons for rejecting these explanations. Thus, the BIR’s inaction and omission to give due consideration to the arguments and evidence submitted by the taxpayer were held as “deplorable transgressions of (the taxpayer’s) right to due process. The right to be heard, which includes the right to present evidence, is meaningless if the Commissioner can simply ignore the evidence without reason.”

Check the date of the FAN to find out whether it was issued before the prescription period. The BIR generally has three years to assess the taxpayer. The period is counted from the time the taxpayer filed his return or was required to file his return, whichever is later. Hence, if the FAN was issued after the said date, it is possible that the right of the BIR to assess has prescribed. However, before jumping with joy, the taxpayer must confirm that he has not issued a valid waiver to the statute of limitations or that the case does not involve fraud, false return, or non-filing of return in which case, the prescription period is 10 years.

These scenarios offer only some of the legal arguments that taxpayers may use to convince the courts that the assessment of the BIR is void. For while the government’s power to tax is immense, such powers must be exercised within the limits of the constitutional right of the taxpayers to due process.

As published in BusinessWorld, dated 02 November 2021