Electronic invoice and receipts: A boon or bane for taxpayers? 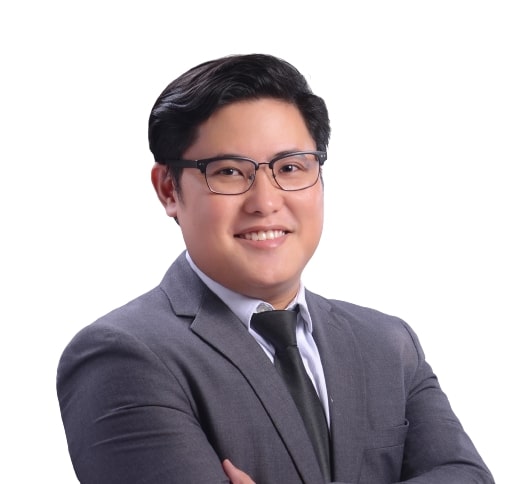 Have you been audited by the BIR and your claimed expense was disallowed for improper or lacking substantiation? Or have you applied for tax refund, but it was denied due to erroneous invoice or receipt? Well, this is not unusual given the status of our tax documentations and compliance. In the advent of the government’s move to require electronic receipts and invoice, we can only hope that this prevalent challenge be put to naught.

To claim a tax deduction or refund, a taxpayer must competently establish the factual and documentary bases of its claim. Section 34(A)[b] of the Tax Code, as amended, expressly requires that no deduction from gross income shall be allowed unless the taxpayer can substantiate with sufficient evidence, such as official receipts or other adequate records. This is further emphasized under Sec. 237(A) of the same Code which requires the issuance of duly registered receipts or sale or commercial invoices at the point of sale or transfer of merchandise or service. While the Tax Code allows for other adequate records in support of claimed deductions, the BIR usually relies on invoices or official receipts especially as regard to VAT transactions.  Hence, the dispute on proper substantiation usually pertains to the official invoice or receipt.

For years, both the BIR and taxpayers struggle to ensure and secure the appropriate documentation to support claims for income and expenses. Despite the ingenuity on both ends in producing, keeping, and retaining the appropriate invoice or receipt issues on propriety and/or the lack thereof plagues most of the taxpayers. On the other end, while the BIR may rely on the “best evidence rule”, Section 228 of the Tax Code requires for factual support and verification as basis of its assessment.  At the onset, this predicament is brought by the disconnect of the taxing authority over the transactions made by the taxpayers i.e., tax assessments being done several years after the transaction transpired.

TRAIN Law and the e-receipting/invoicing requirement

To address issues on compliance and business transactions transparency, Section 237 of Republic Act 10963 or the TRAIN Law, introduced the Electronic Invoicing System (“EIS”) requiring taxpayers in e-commerce, large taxpayers, and exporters within the next five (5) years from the effectivity of the law, to electronically issue their invoices/receipts, as well as report their sales data to the BIR at the point of sale. It is worthy to note, however, that even if not enumerated as mandatorily covered under the EIS, taxpayers may voluntarily register in lieu of manual receipts.

In its press releases, the Department of Finance (DOF) targets the full implementation of this provision by January of 2023. In preparation thereof, the BIR has now tapped the country’s top 100 large taxpayers to launch the e-invoicing.

EIS is not novel in the Asia Pacific region. In 2011, South Korea introduced tax electronic invoicing (“e-Tax”), and it was mandated for most of its taxpayers in 2014.  Under its e-Tax, VAT registered businesses are required to submit their invoices to the tax authorities through the National Tax Service (NTS) either by (1) uploading invoices via the free portal provided by the tax office; (2) using an outsourced, licensed e-invoice service provider; (3) creating their own e-invoices via their accounting system with a digital certificate; (4) using the AVRS telephone system; or, (5) Submitting in-person at a local tax office. Businesses wishing to issue tax invoices must first obtain a digital certificate. To issue the e-Tax invoice, they will need their customers' tax registration certificate for matching the invoice to a customer. Thereafter, the tax invoice is sent to the customer by email.

Why do we need to know about South Korea’s e-Tax system? It is because the DOF has repeatedly and consistently referred to it as its model system. In his March 2016 World Bank Commissioned study entitled, “Can Electronic Tax Invoicing Improve Tax Compliance? A Case Study of the Republic of Korea’s Electronic Tax Invoicing for Value-Added Tax”, Hyung Chul Lee concluded that South Korea’s e-tax has a significant positive effect on matters of transparency and reduction of tax evasion.

Other APAC territories as Vietnam, Taiwan, Thailand, etc. are also gearing for e-invoicing albeit much later than South Korea.

The EIS in the Philippines is said to include an invoice report sent to the government’s central platform after invoices have been sent to final clients. Therefore, it is like South Korea’s invoice reporting system called the “Continuous Transaction Control”. In fact, the Korean International Cooperation Agency (KOICA) has helped the Philippines to develop its electronic invoice reporting system. The electronic invoice includes sales invoices, receipts, debit and credit notes and other similar accounting documents issued through the internet.

To date, the DOF has yet to issue the relevant revenue regulation and circulars on e-invoicing/receipting. With this, may the rules be carefully designed to minimize the taxpayers’ burden. Specifically, DOF should take due care to make available facilities and avenues through which businesses can easily issue and transfer e-invoice/receipts to their customers for free or at a very low cost. BIR should also consider scrapping paper-based invoicing, separate submission of summary reports/alphalist, and invoice storing requirements.  Under the EIS, it presupposed real-time access to tax information and the capability to detect fraud through electronic systems. Hence, BIR should also recalibrate its assessment procedure which costs time and effort to the taxpayers.

While the DOF initially taps the top 100 corporations, it should not shy away from considering the fiscal costs of implementation especially to MSMEs.

DOF/BIR should focus on reducing compliance cost by ensuring close collaboration among the tax authorities, the IT governance body on electronic data interchange, and private IT solution providers, and improving taxpayer service so that it builds and accumulates trust in tax administration. Otherwise, it will just breed taxpayers’ resistance to tax reform or taxpayers’ preference for status quo in the informal economy. Tax authorities must also expect to reward taxpayers for their compliance and cooperation with compulsory e-invoicing in the form of tax service and cost-reduction. If a compulsory e-invoicing system produces tangible benefits to taxpayers eliminating the uncertainty of counterparty acceptance, it will firmly take root in the system (Lee, 2016).

As 2023 is fast approaching, DOF/BIR should roll out tax information and guidelines for reference by all stakeholders.

Taxpayers: Preparation is the key

Regardless how daunting it may be, taxpayers must accept the fact that this is already mandated under the law. Therefore, no matter who will be the new DOF Secretary or BIR Commissioner, we can reasonably expect that this will be implemented.

The COVID crisis has been a game-changer showing us the importance of digital transformation. Unfortunately, digitalization is neither a walk in the park nor cheap.  Hence, preparation is key should taxpayers want to avoid costly and unnecessary implementation bottlenecks. You may consider embarking on the following initial steps:

While our government may be on a “wait-and-see” mode in the next few months as the leadership in our country changes, it is better to act now than be sorry and wary later. As taxpayers, let us keep an open mind and be abreast on the latest developments in tax compliance.

Just as e-sports (ML) is now part of the Sea Games, it is indeed high-time that we also level up our tax system through the proper and careful implementation of EIS.

As published in BusinessWorld, dated 31 May 2022