In the recent years, auditing the auditors has become a global development in the accountancy profession amid news of inappropriate financial reporting or accounting scandals happening around the world.  A number of national professional regulators have responded accordingly to these inauspicious events in the accountancy profession and have set up a regulatory body to oversee the conduct of an audit of companies by the auditors [hereinafter, interchangeably referred to as external auditors or Certified Public Accountants (CPA) practitioners] in their respective countries.

In the United States, for example, the Public Company Accounting Oversight Board (PCAOB) was established by the US Securities and Exchange Commission (SEC) to oversee the audits of public companies in order to protect investors and the public interest by promoting informative, accurate and independent audit reports.

The PCAOB required that auditors of US public companies be subjected to external and independent oversight in the performance of their audits of public companies.  Similar regulatory bodies have also been in operation in other Asean countries, including Singapore, through its Accounting and Corporate Regulatory Authority, and Malaysia’s Audit Oversight Board.

In our jurisdiction, our Professional Regulatory Board of Accountancy (BOA), being the designated government regulatory body that supervises the accountancy profession, has similarly responded through the adoption of an external audit Quality Assurance Review (QAR) Program to meet its duties imposed by the Philippine accountancy law, particularly in the conduct of oversight into the quality of audit of financial statements (FS). Accordingly, the Professional Regulation Commission (PRC), upon the recommendation of the BOA,
approved a resolution in 2009, entitled “Adoption of the Rules and Regulations [RR] for the Implementation by the BOA of the QAR Program.” This RR was subsequently revised in 2010.  However, it is not at all easy for the BOA to implement the provisions of such RR.  It had to stop the implementation of the QAR Program following the filing of an injunction suit by the Association of Small Accounting Professionals in the Philippines.  The suit was filed in December 2010 and its resolution has been very slow, until the assumption into office of the current BOA Chairman Joel Tan-Torres who has been closely working with the CPA practitioners to resolve relevant issues and for the eventual implementation of the QAR Program. Very recently, after conducting a series of consultative meetings and dialogue with the plaintiff and other stakeholders, the RR earlier mentioned was further revised and, in December 2015, the BOA passed a resolution endorsing for approval by the PRC the adoption of the “Revised RR for the Conduct by the BOA of Oversight into the Quality of Audits of FS and Operations of CPA Practitioners.” I am hopeful that the PRC will approve such endorsement soon that would help pave the way for the final resolution of the injunction suit.  It is also worthy to note that the BOA has included the implementation of the QAR Program as part of its Six-Point Strategic Plan for the accountancy profession.

At any rate, while the BOA has adopted a QAR Program, it has yet to be implemented.

On the part of the Philippine SEC, it currently performs regular evaluation of audited FS of companies, mostly those that are listed in the stock exchange and other companies or entities falling under what it calls as public interest entities.  In addition, as part of its accreditation process of external auditors, it also reviews the audited FS of the selected clients of the external auditors who are applying for the first time or renewing their SEC accreditation.  Both reviews aim to ascertain the compliance of the reporting companies with their financial reporting requirements.  Needless to say, appropriate sanctions will be imposed on both the reporting company and its external auditors if significant or material financial reporting lapses are found.  It is also worth mentioning that the SEC has been working on the revision of its Rules on Financial Statements Reporting that include, among others, the implementation of its own QAR System of External Auditors accredited by the commission.

Thus, while the SEC mainly regulates companies registered with the commission, it may also review the quality of audit of the external auditors of these registered companies once such revision to the rules is approved for implementation, and to which I am also hopeful that it will be approved soon.

The eventual implementation of the BOA of its QAR Program and the final approval of the SEC of the revisions to its current rules to incorporate its own QAR System would be good for the accountancy profession and its stakeholders.

However, while the implementation and approval for a QAR Program/System are pending, there is no local regulatory body that currently audits the auditors in this country.  Thus, external auditors are not currently being audited for the quality of their work. Such situation may be good or bad, or should I say, may pose both challenges and/or opportunities to the stakeholders of the accountancy profession, including, among others, our regulators; the companies being audited or the auditees; and the CPA practitioners, whether big firms or small or medium practitioners. To be concluded

Jun Cuaresma is the managing partner  and chief operating officer of P&A Grant Thornton.  P&A Grant Thornton is a leading audit, tax advisory and outsourcing services firm and is the Philippine member of Grant Thornton International Ltd.  He has been in public accounting for his entire professional career, with over 30 years of solid experience in the audit of local and international companies in various industries.

This column accepts contributions from accountants that are of interest to the accountancy profession, in particular, and to the business community, in general.  Articles can be e-mailed to boa.secretariat.@gmail.com.

Also appears under...
Debit Credit Auditing the auditors part 2 In our jurisdiction, our Professional Regulatory Board of Accountancy (BOA) has adopted our own external audit Quality Assurance Review (QAR) Program, but is yet to implement it.  Our Securities Exchange Commission, on the other hand, has been working on the revision of its Rules on Financial Statements Reporting that will include, among others, the implementation of its own QAR System of external auditors accredited by the commission, but is yet to be finalized and approved for implementation.  Pending the implementation and approval for a QAR Program/System, there is no local regulatory body that currently audits the auditors in this country, which situation may be good or bad, or should I say, may pose both challenges and/or opportunities to our regulators; to companies being audited or the auditees; and to CPA practitioners, whether big firms or small or medium practitioners (SMP). Read full article 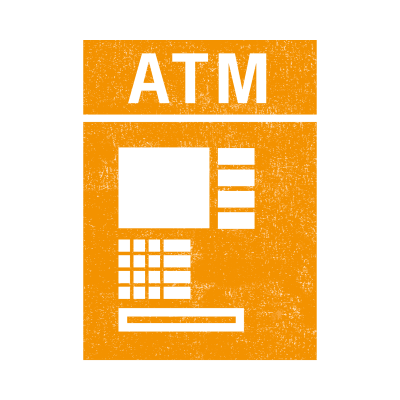