This Tax Alert is issued to inform all concerned on the salient provisions of the Act providing for the Revised Corporation Code (RCC) of the Philippines signed by the President on February 20, 2019.

However, the RCC added strict requirements for dissolution such as the need for a verified request for dissolution, stating: the reason for the dissolution; the form, manner, and time when notices were given; names of those stockholders and directors who approved the dissolution; date, place and time of the meeting in which the vote was made; and the details of publication. 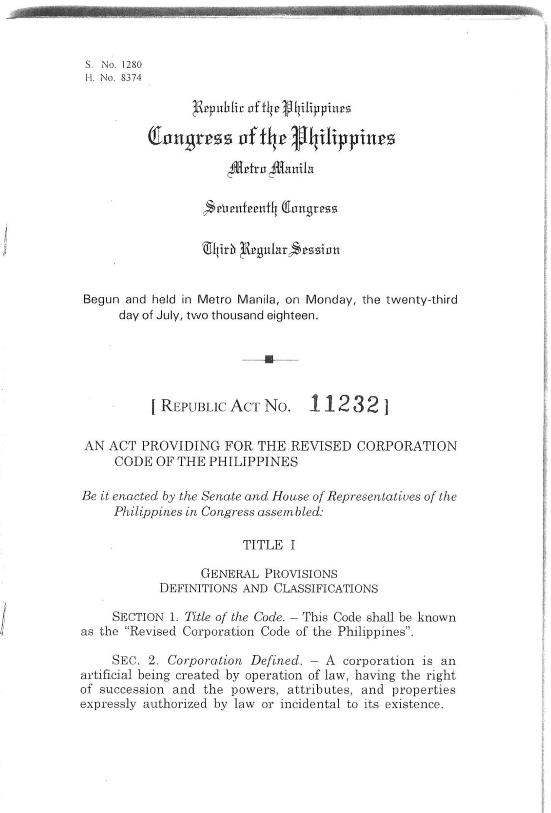