The newly issued forms are only available manually in the BIR website under the BIR Forms-Payment/ Remittance Forms Section. A separate issuance shall be issued by the BIR once the new forms are already available in the electronic filing and payment system (EFPS) and eBIRForms.

In addition to the new forms, a new format for the Alphalist of employees was also issued by the BIR. The alphalist of employees was simplified to two (2) schedules from the previous five (5) schedules. The new alphalist now requires information on (1) the employment status of employees: Regular (R), Casual (C), Contractual/ Project based (CP), Seasonal (S), Probationary (P), Apprentice/ Learners (AL); and (2) the reason of separation, if applicable: Terminated (T), Transferred (TR), Retirement (R), and Death (D).

BIR Forms 2306 and 2307 on FWT and CWT, respectively, were enhanced to show the modified ATC schedules following the implementation of the TRAIN Law. 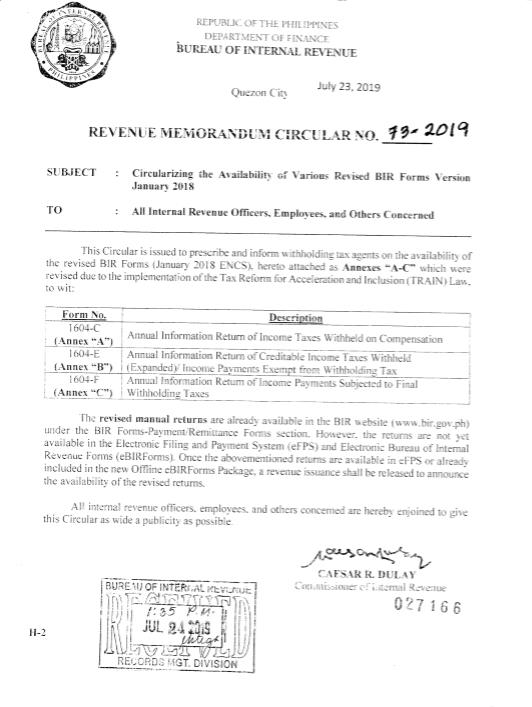 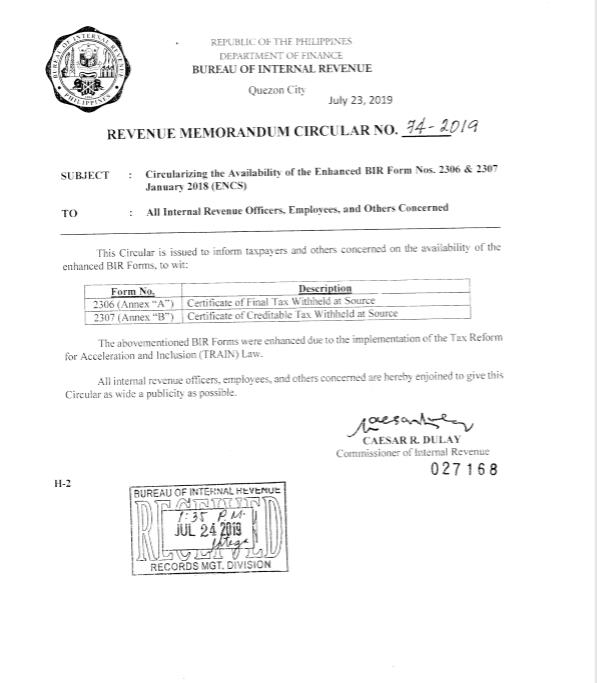