Suspension of eFPS enrollment from Mach 1 to April 30

This Tax Alert is issued to inform all concerned on the suspension of eFPS enrollment from March 1 to April 30.

BIR has announced that enrollment to eFPS will be temporarily suspended beginning March 1, 2017 to April 30, 2017. Mandated taxpayers who have not enrolled are advised to do so before March 1, 2017.

Earlier, we issued a reminder on taxpayers mandated to use eFPS. 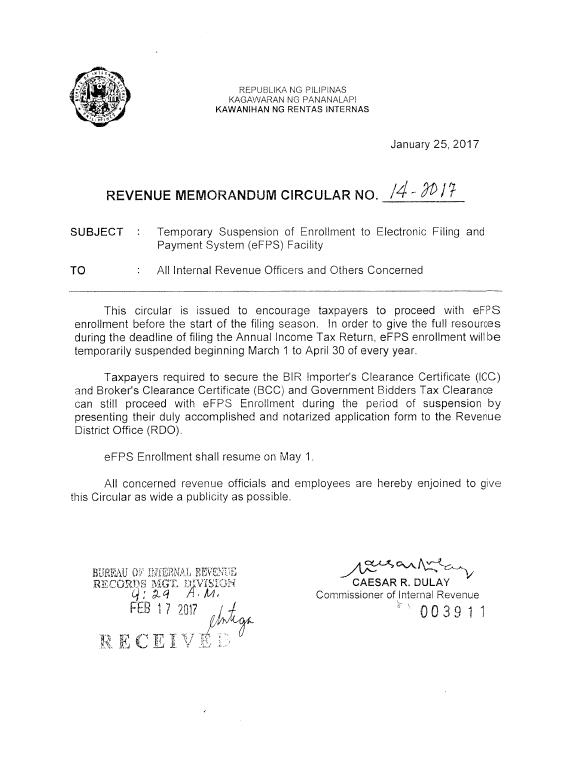