This Tax Alert is issued to inform all concerned that VAT claims filed and pending prior to the effectivity of RMC 54-2014 (June 11, 2014) shall continue to be processed administratively.

Pursuant to this Revenue Regulations (RR) 1-2017, the BIR will continue to process the administrative claims that are deemed officially filed prior to RMC 54- 2014. Officially filed claims are those with complete documents submitted as support so that processing and counting of the 120-day can start. If no additional documents are submitted after filing, the claim will be processed based on available documents and the 120-day period shall be counted therefrom. Completion of documents for submission should be done before the expiration of the statutory two- year period.

Upon effectivity of RMC 54-2014, pending claims which are still in the process of submission of documents were already deemed denied.

However, as clarified by the RR, RMC 54-2014 should not be given retroactive effect.

The following are not covered with this RR: 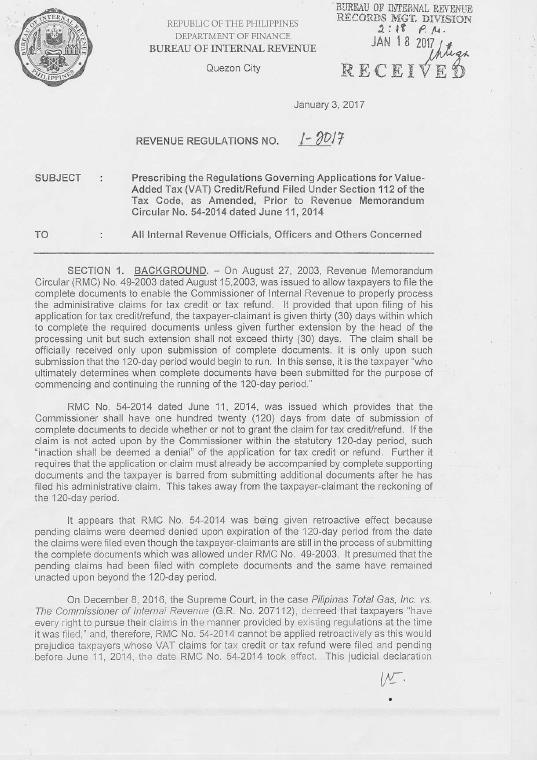