This Tax Alert is issued to inform all concerned that suspension of RMC 62-2016 is now lifted and will be in effect immediately.

The BIR has previously ruled that banks and non-bank financial intermediaries performing quasi-banking functions may shift to their clients/borrowers the GRT due on transactions covered under Sections 121 and 122 of the NIRC.

The tax implications of passed-on GRT are as follows: 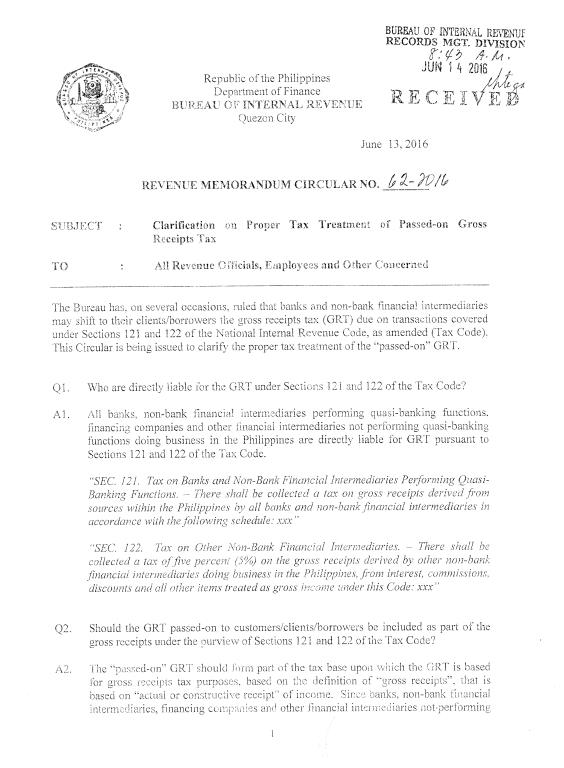 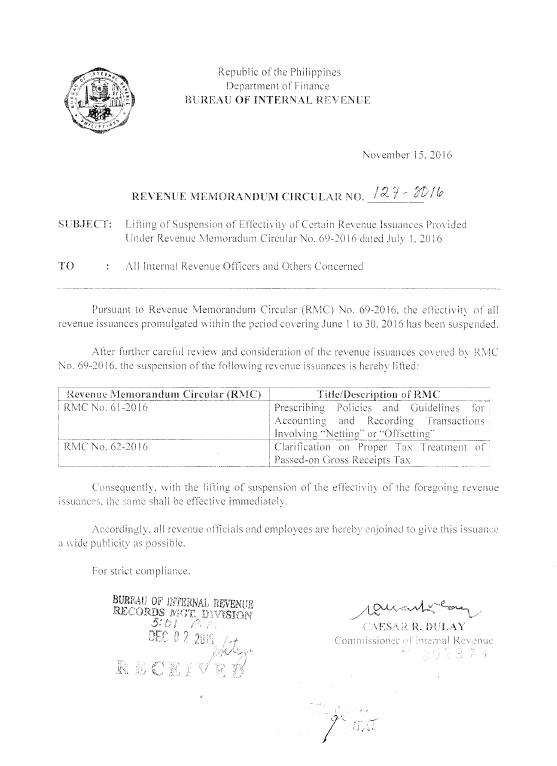