The BIR has set the following deadline in the filing of application for enrollment in the VAT Tax Credit Certificate (TCC) monetization program.

You would recall that in Executive Order No. 68, series of 2012, as implemented by Joint Circular No. 2-2012 (May 31, 2012) issued by the Department of Finance, Department of Budget Management and BIR,  the government implemented a monetization program which allows all VAT-TCCs issued by government  to be converted into cash.

The requirements for enrollment to the monetization program are contained in the attached application form. 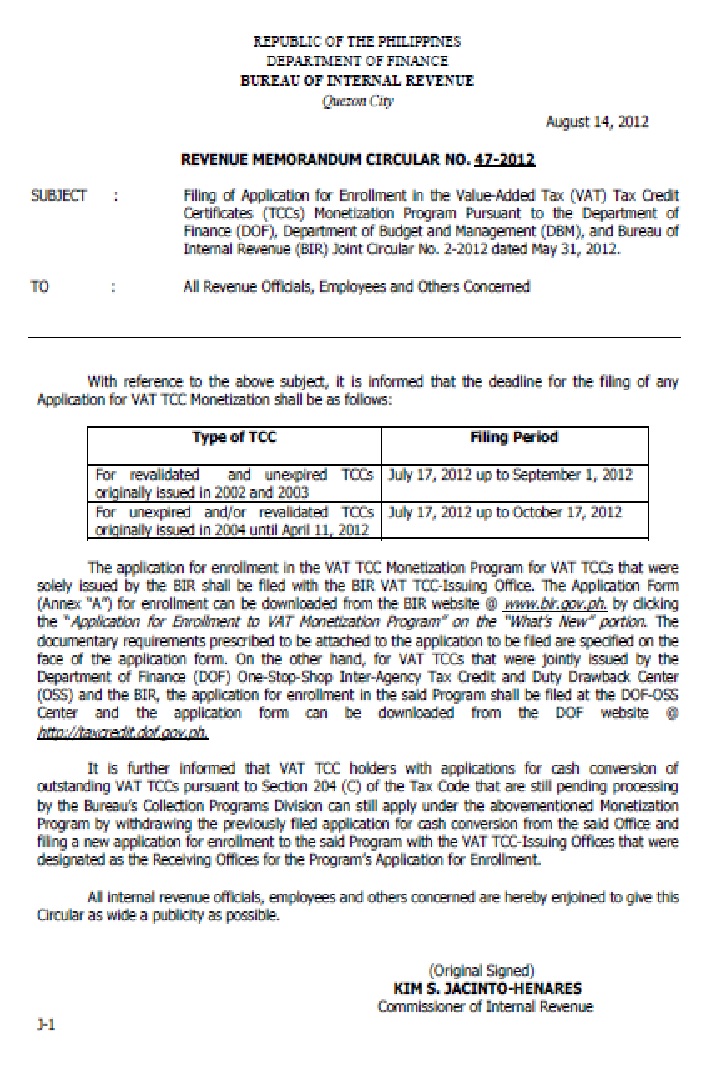