Extended deadline for filing of application for VAT TCC monetization

The deadline for filing of application for monetization of VAT Tax Credit Certificates (TCCs) in case of  revalidated and unexpired TCCs originally issued in 2002 and 2003  has been extended from September 1, 2012  to September 15, 2012 or the expiration of the TCC, whichever comes first.

However, no extension was given to application for monetization of unexpired and/or revalidated TCCs originally issued in 2004 until April 11, 2012 which shall remain on October 17, 2012 as provided under RMC 47-2012.

Please see attached copy of RMC 51-2012 for your reference and guidance. 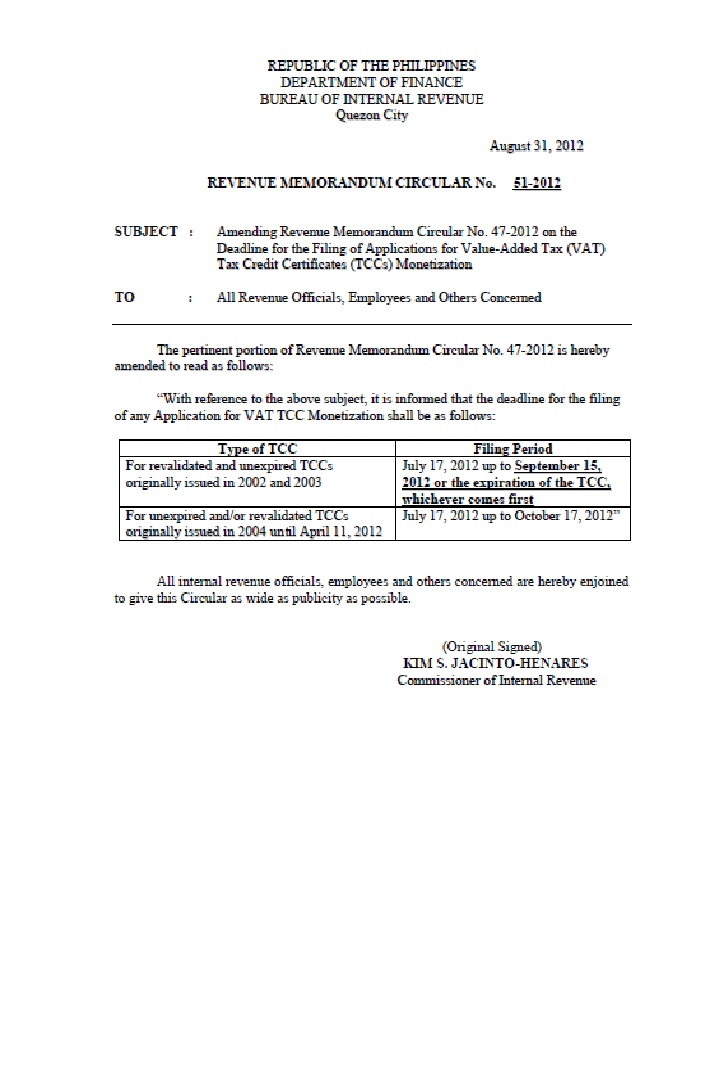