Revised Statement of Management's Responsibility (SMR) Over the Financial Statements

On January 30, 2017, the Securities and Exchange Commission (SEC) issued a Notice stating that the SEC en Banc resolved to issue Financial Reporting Bulletin (FRB) No. 20, Revised Statement of Management’s Responsibility, on January 26, 2017.  The SMR was revised in line with the adoption of the new and revised auditor reporting standards, which are effective for audits of financial statements for periods ended on or after December 31, 2016, hence, shall be used when filing the annual financial statements covering such periods with the SEC.

The standard form of the SMR provided in the FRB will revise the prescribed form under Section 2(B) of the Securities Regulation Code Rule 68, as amended.  A template of the revised SMR is provided herein as Annex A.

See attached for the copies of the SEC Notice and Appendix A. 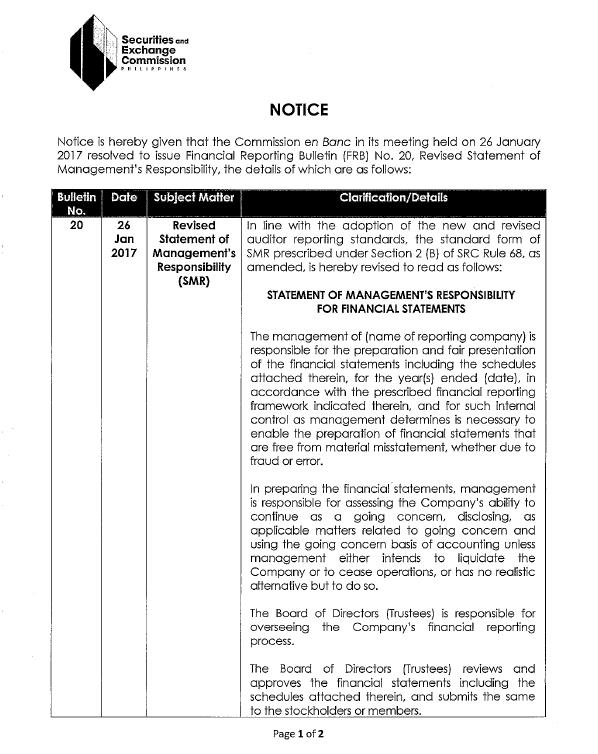 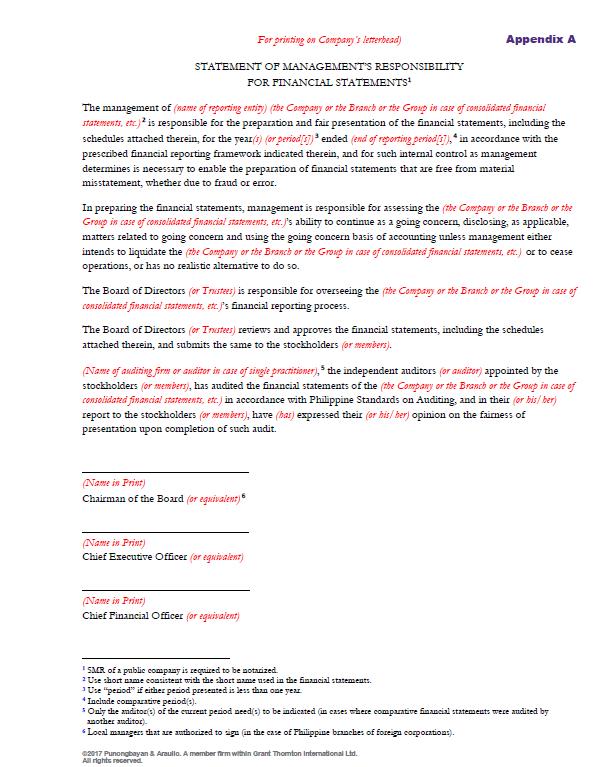