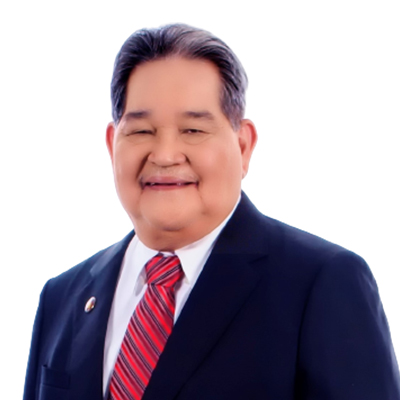 Joe's professional experience includes top management positions held over 14 years in a group of companies that includes the country’s largest commercial bank. Joe was senior vice president of the bank itself and held CEO- and COO-level positions in the network’s savings bank, credit card, securities and investment companies. He was president of PICPA in 1985 and again in 1986, and of the Bankers Institute of the Philippines in 1985. In 1992, PICPA honored him as Most Outstanding CPA in Public Practice.

Joe obtained his bachelor’s degree in accountancy from San Beda College, which selected him in 2001 as one of the Outstanding Bedans of the Century, and established the Jose G. Araullo Distinguished Professorial Chair in Auditing in recognition of his significant contributions to the advancement of the accountancy profession.