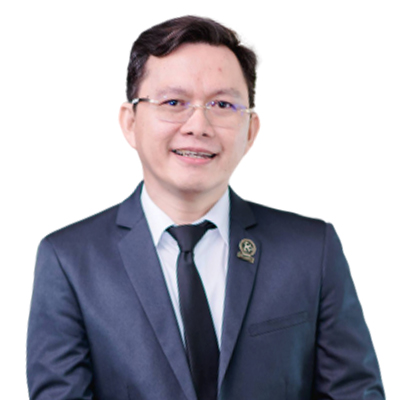 Fare hikes, high food prices, and elevated charges for electricity, gas, and other fuels are some of the immediate effects of inflation to consumers resulting from the ongoing Russian invasion of Ukraine. These are also added effects en route to economic recovery from the COVID-19 pandemic.

Concerns on inflation arose after the Philippine Statistics Authority (PSA) announced that headline inflation still moved at a faster pace of 6.1 percent in June 2022, described as a three-year high since November 2018 (6.1 percent) and October 2018 (6.9 percent). This sets the year-to-date inflation at 4.4 percent against the Bangko Sentral ng Pilipinas’ (BSP) full-year forecast of 5 percent, which was also raised from the initial forecast of 4.6 percent for 2022 and to 4.2 percent instead of 3.9 percent for 2023. BSP Chief Felipe M. Medalla stated that authorities are still assessing further revisions on the inflation forecast for 2022. However, a downward revision on the inflation projections for 2023 and 2024 is likely to be made by the Monetary Board as major contributors to inflation, particularly the prices of transportation and food, subside. For July, inflation was expected to settle between 5.6 percent and 6.4 percent due to the continued hike on both food and non-food commodity groups. Recent data now shows that July’s inflation rate is 6.4 percent, which happens to be the upper range limit. This escalation prompted countermeasures from both monetary and fiscal policies.

The BSP unexpectedly tightened its monetary policy in a surprise off-cycle meeting last July 14, 2022. This brings the key reverse repurchase facility rate at 3.25 percent after the 75 basis points (bps) hike to repress effects from rising wages and fare hikes. Medalla said that the BSP is prepared to exhaust available measures to “manage spillover effects” after the U.S. Federal Reserve raised their own rates by 75 bps with prospects of further increase. The BSP is ready to implement further monetary policy adjustments, signaling to deliver an increase between 25 to 50 bps during its meeting in consideration of the inflation headline for July and gross domestic product (GDP) growth for the second quarter. Analysts stressed that these hikes should be closely monitored to support the depreciating peso and tame inflation without derailing economic growth.

In a statement, former National Economic and Development Authority (NEDA) Socioeconomic Planning Secretary Karl Kendrick T. Chua posited that, “The Russia-Ukraine conflict has disrupted the global supply chain and elevated commodity prices, particularly for fuel. We have seen how a single crisis can set us back, so the Duterte administration has pursued both short- and long-term interventions to increase the resilience of our domestic economy against external shocks.” This comes after NEDA issued Executive Order No. 171 and the government’s implementation of a fuel subsidy program to help ease the impact of global inflationary pressures. These measures, although temporary, are expected to continue as representatives of minority groups call out for the government’s quick response subsidies to ease inflation. BHW Party-List Representative Angelica Natasha Co stated that marginalized individuals and breadwinners are hit hard by rising commodity prices that would not be covered by a minute increase in minimum wages, further adding that programs such as the Libreng Sakay program, Pantawid Pasada Program and cash aid programs, such as the Tulong Panghanapbuhay sa Ating Disadvantaged/Displaced Workers (TUPAD) and the COVID-19 Adjustment Measures Program (CAMP), should be restored and/or maintained to ensure immediate savings and assistance to Filipinos.

Despite continuing pandemic-related disruptions and renewed bottlenecks in global supply chains, economists are still hopeful that there would be continued growth in this part of the region. In an interview by a local paper, Deutsche Bank Chief Executive Officer for Asia Pacific Alexander von zur Muehlen stated that the Association of Southeast Asian Nations (ASEAN) and neighboring parts of Asia will see GDP grow substantially as compared to the rest of the world, indicating that growth opportunities are over proportional and positive for an improved economy in our region. This is supported by PSA data showing a faster-than-expected 8.3 percent growth in the first quarter, basing on the Development Budget Coordination Committee’s target of 6.5 to 7.5 percent GDP growth for 2022.

The extent of these rapid changes is felt more intensely as we wind towards the end of the year. Consumers are expected to cope with fluctuating repercussions of external developments, as well as with domestic shocks brought about by frantic weather changes in the Philippines. Moreover, this would require heightened vigilance in the audit profession, especially for industries that are substantially affected by policy adjustments, as accumulated effects of inflation are foreseen.